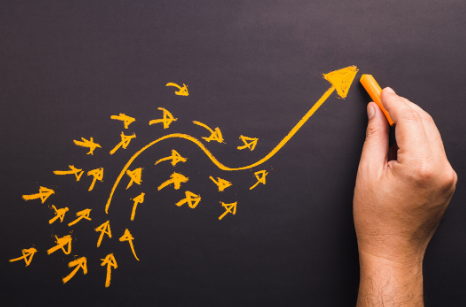 These arguments – from science, philosophy, history, experience, and facts related to the Bible don’t completely prove that Christianity is true. But, taken together, they make a compelling, cumulative case for the trustworthiness of the Christian message. We hope you’ll find them helpful in overcoming doubts and shoring up your confidence in the Christian faith, and that you’ll also share them with others.*

Arrow 1 -> Design in the universe points to an intelligent designer

Watches need watchmakers; wrists need wrist makers; cells need cell makers. Wherever we see design in the Universe – whether through a microscope, a telescope, or with the naked eye – it’s strong evidence there’s a designer behind it.

Check out our article “Doesn’t modern science show that God isn’t necessary?” for more information on this topic.

There are about fifty factors, or “constants,” in the Universe dialed in to a razor’s edge of precision, and exactly where they need to be in order to sustain life. Is this all by chance? That would be a bigger miracle than … actual miracles!

Arrow 3 -> Information encoded into DNA points to a divine encoder

Wherever we find information, we know there’s an informer behind it. The information in every cell of our human bodies is three billion letters long and would take thirty-one years to read – if you kept going day and night. What kind of mind put that together?

Check out our article “If God really exists, why does he seem so hidden? Why doesn’t he make himself more obvious to us?” for more information on this topic.

Arrow 5 -> The sense of morality points to a moral lawgiver

Part of what is means to be human is to have a moral sense of right and wrong – one that transcends our individual preferences, family traditions, and national laws. Who wrote these sublime standards into the very fabric of humanity?

Arrow 6 -> The Bible is a uniquely consistent religious book

The Bible consists of 66 books and was written by multiple authors, in multiple languages, in multiple countries, over a span of some 1500 years – yet it conveys one consistent message about God, people, and our need for a Savior. Might there be one Author behind the many?

Arrow 7 -> The Bible is a uniquely historical religious book

Many religious writings don’t even claim to be anchored in history – and those that do are often fraught with historical mistakes. The Christian Scriptures, however, are affirmed time and again by historical sources, greatly bolstering the credibility of their claims.

Check out our article “Are Abraham and Moses just mythical people?” for more information on this topic.

Arrow 8 -> The Bible is a uniquely preserved work of antiquity

Most ancient writings are based on ten or twenty copies – often recorded many hundreds of years after the events they discuss. The New Testament is based on some 5800 copies in Greek alone, some dating to within decades of the events. For trustworthiness, there’s no comparison.

Check out our article “The Bible is so old. Why should we believe that what we have today is what was written originally?” for more information on this topic.

Over and over skeptics have doubted various details of the Old and New Testament records. Over and over archaeology has later found evidence that affirms those claims. Conclusion: don’t bet against the Bible!

The writers of Scripture don’t whitewash or cover up hard-to-understand details, and even facts that are embarrassing – sometimes to the writers themselves. These are strong indicators that what they have written is actually true.

Jesus did miracles in front of all kinds of eyewitnesses – including hostile ones who wanted to discredit him. Their response? They tried to catch him on a technicality, such as saying that the miracle was done on the Sabbath Day. Their response, however, only affirmed the reality of those miracles!

Check out our article “Don’t miracles violate the laws of nature? Isn’t that just unbelievable?” for more information on this topic.

Many predictions about the Messiah – the city where he’d be born, the fact that he would be betrayed and suffer on behalf of others, that he would be “pierced for our sins” – these and more were fulfilled in Jesus hundreds of years later. But Who is able to write history in advance?

God can never sin, so his Son shouldn’t sin either. Jesus, at his trial, asked the crowd, “Who of you can convict me of sin?” His enemies’ response was speechlessness … until they paid false witnesses to make trumped up claims, thus affirming Jesus’ integrity.

Jesus staked his claims on the fact that he would be killed, buried, and then rise again the third day – proving he was who he claimed to be. The empty tomb, the eyewitness accounts, and the post-resurrection appearances of Jesus all affirm the truth of his resurrection.

Check out our article “What Evidence is There, If Any, of Jesus’ Burial and the Empty Tomb?” for more information on this topic.

The fact that Jesus’ church could arise in Jerusalem, the city where Christ had been crucified just a few weeks earlier, and do so with a message of the Messiah’s resurrection, serves as further attestation that these claims are really true.

The disciples knew whether or not their claims about the risen Jesus were true – and to a person they were willing to lay down their lives to affirm those very claims. But nobody willingly dies for what they know to be a lie.

The evidence wasn’t just solid back then; it has withstood the test of time and is equally solid today. Just ask former skeptics like Josh McDowell, Lee Strobel, or Holly Ordway what convinced them – and prepare to be convinced yourself!

Check out our article “Mere Christianity: Defining the Scope of What Needs Defense” for more information on this topic.

Millions of people around the world – and many in your own churches and communities – claim to know Christ and sense his presence and guidance daily. That’s why Christianity is to this day the largest religion in the world. These testimonies don’t necessarily prove the Christian faith, but they do provide further evidence.

Almost every person and every religion in the world has a high view of Jesus. He’s the most respected – and trustworthy – person who has ever walked the planet. So why not let Jesus speak for himself? Why not respond to what he said?

*Adapted from Mark Mittelberg’s book, Confident Faith: Building a Firm Foundation for Your Beliefs (Tyndale, 2013), where much more detail and information can be found.

Mark Mittelberg is an international speaker and the bestselling author of The Questions Christians Hope No One Will Ask (With Answers), Confident Faith, and The Reason Why Faith Makes Sense.