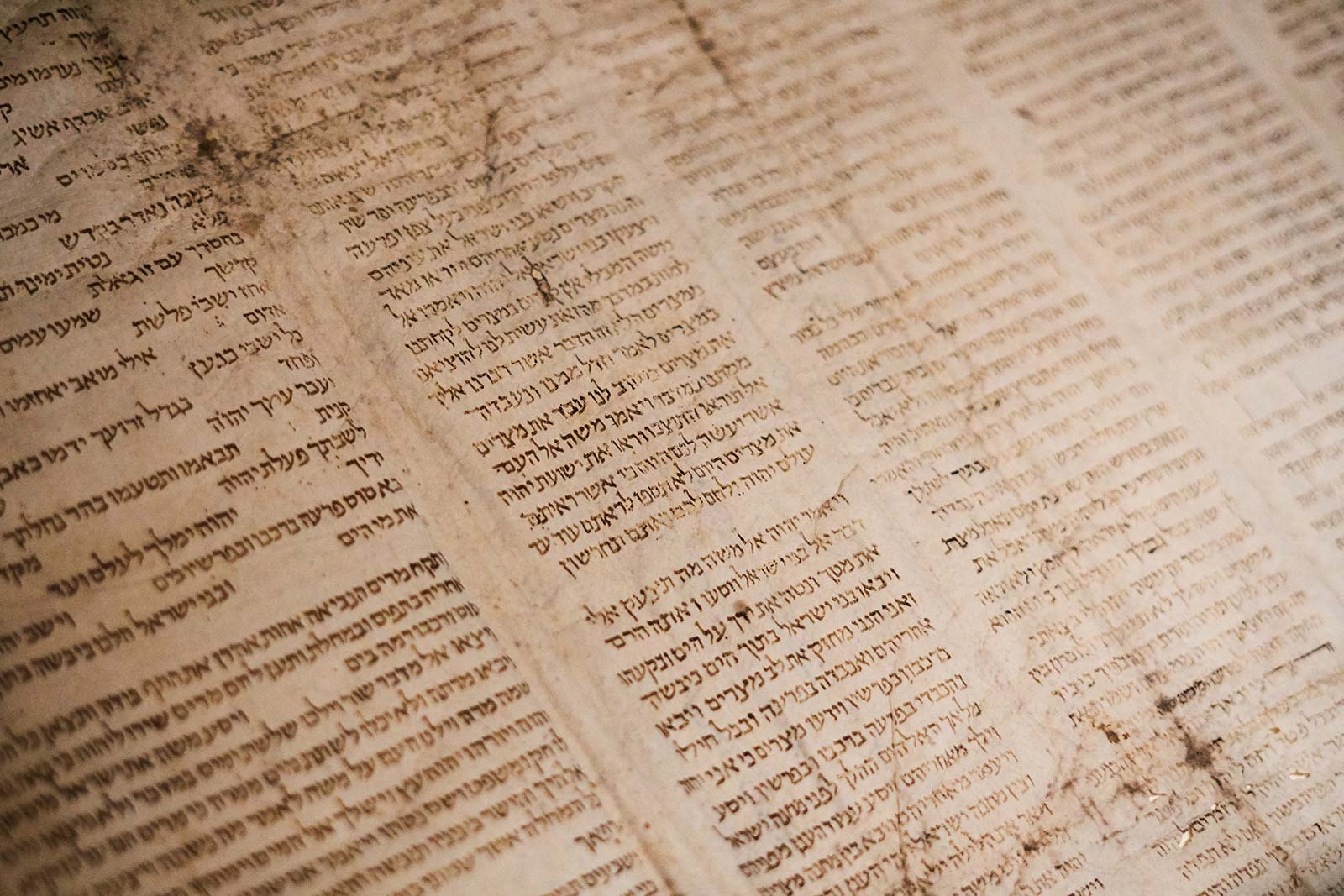 Submitted Question:  (See bottom for another related question and answer)

I grew up in the Church and came to the conclusion myself that it was important to accept all of the Bible as God’s inerrant Word …. While believing in inerrancy is not part of the Gospel, I felt that not believing in it made for a slippery slope.  I’m on that slippery slope now myself.

More recently, I’ve really been struggling with parts of the Bible account and this has really undermined my faith. There are two passages that I’m especially troubled by.  Now, let me be clear, I’m inclined to believe that miracles could happen—feeding the 5000, parting the Red Sea, raising Lazarus, Jonah and the fish—but it’s other things that are not “miracles” yet are unbelievable that trip me up. Both are in the story of Samson.

First is Judges 15, where Samson “went out and caught three hundred foxes and tied them tail to tail in pairs. He then fastened a torch to every pair of tails.”  Really? How does one person catch 300 of anything and set them all on fire?

Second is the next chapter, where he is in Gaza and “took hold of the doors of the town gate, including the two posts, and lifted them up, bar and all. He put them on his shoulders and carried them all the way to the top of the hill across from Hebron.” It’s my understanding that this means he carried two large gates more than 20 miles in one night (some say it might even have been 40 miles). Just to keep things simple, I’ll just say that my brain can’t help but say, “Really? Do you think we’re stupid?”

(I guess I could add a third point from the story of Samson:  How could Samson have been so dumb as to let Delilah betray him FOUR times?  She showed her colors the first time … would God have made someone this moronic a judge???)

Thanks for these great questions. I would like to address the concerns that you raised about the Samson story and then offer you a quick thought on the issue of biblical inerrancy in general. Let’s begin by considering the points you raised about the story of Samson in Judges.

Samson certainly was a rather dramatic guy, and he liked to make a big statement when he did things. Many of the things he did were clearly not things that God approved of, but Samson was given great strength and liked to use it to make a big splash. I can understand how you are worried about the historicity of the incredible events that you mention from the story of Samson, but I’d like to suggest to you that a careful reading of the text will show that these events need not be considered impossible.

With regard to catching the three hundred foxes, we should note that the Bible doesn’t give any specifics as to how Samson caught the foxes or how long it took to catch the foxes. In fact, for all we know Samson could have had help in catching the foxes. The text just says that Samson “went out and caught three hundred foxes.” Perhaps he was so bent on getting dramatic revenge that he spent months catching foxes. Perhaps he had traps or other methods that allowed him to catch the foxes quite quickly. Perhaps Samson had help with catching the foxes. It does not mention that he had help, but it also does not specifically say that he caught all of the foxes by himself.

For example, I may employ the help of several friends if I were to go out and pick up three hundred pizzas. If one were to write a story about this, one may just say: “Zach wanted to have a big party so he went out and got three hundred pizzas.” The author of the story may not mention the details of how I got the pizzas because it was not important to the story. The author wants to focus on me getting the pizzas in order to throw the party, and describing the details of how I got them is not important. So the text simply does not give us any information whatsoever about how Samson caught the foxes or how long it took.

But even if we take the text to mean that Samson caught all of the foxes by himself, this need not be impossible. I myself do not possess unusual strength, but I am confident that I could capture three hundred foxes if I were in an area where foxes were plentiful and if I had the necessary resources and training. It may take me some time to do it, but it doesn’t seem to me to be an impossible task. If the text had said that Samson caught three hundred foxes by himself with his bare hands in one hour, I would agree with you that this smacks of legend rather than history; however, as the text is written, I see no reason why it cannot be true.

Let’s now consider the issue of carrying the city gate. On this point, I think that the key issue you are having with this story is whether Samson could transport the city gate from Gaza to Hebron in one night. It would take incredible strength and speed to carry a city gate that far in one night–especially when Samson didn’t even leave until midnight (NASV) or the “middle of the night” (NIV). However, the text in no way states or implies that Samson carried the gates to Hebron in one night. It states in Judges 16:3 that Samson picked up the city gate in the middle of the night, and it says that he carried it to Hebron. There is, however, no mention of when Samson arrived in Hebron with the gate. The very next verse (16:4 NIV) just says, “Some time later, he fell in love with a woman … whose name was Delilah.” We don’t know how long it took Samson to transport the city gate to Hebron. As with the story of the foxes, we must be careful not to make assumptions that go beyond what the text says.

With regard to your third concern, it is at first hard to understand how Samson could have made the foolish decision to tell Delilah the actual secret of his strength after she had already betrayed him three times. Clearly she was going to tell the Philistines so that they could capture him, and Samson knew this. Samson’s decision to tell her was rooted in pride and sin rather than ignorance. It was a sinful decision because Samson thought that he would still keep his incredible God-given strength even if he were to go against his Nazirite vow and allow his hair to be cut. (See Judges 13:7 regarding the Nazirite vow. Being a Nazirite means that Samson was set apart for the Lord, and part of that meant that his hair was not to be cut.) Samson was arrogant enough to think that he would still keep his God-given strength so that he could defeat the Philistines even if he broke his commitment to God as a Nazirite (Judges 16:20).

But your question is how God could allow someone like Samson to be a judge. Many people in the Bible who sinned greatly and made big mistakes were still given great responsibilities, abilities, and power by God. Saul rejected God and was replaced by David as king. Despite being a good king who mostly lived for God, David was an adulterer and murderer. Israel was split in two because of the bad decision made by Solomon’s son, Rehoboam. Many of the kings who followed led the people of Israel into sin. Why would God allow Samson or anyone else to have power and responsibility when God foreknew that bad decisions would be made? There could be many reasons, but I will suggest one: It is so that we will learn from Samson’s mistake and not give in to pride or arrogance in our own lives.  1 Corinthians 10:1-11 clearly points out that many of these incidences are provided “as examples to keep us from setting our hearts on evil things as they did” (v. 6).

I’d like to conclude with a general comment about the inerrancy of the Bible. You are correct in saying that “believing in inerrancy is not part of the Gospel.” I am not suggesting that the Bible does contain errors, but I would suggest that the truth of Christianity should not be doubted EVEN IF you were to be convinced that there is an error somewhere in the Bible. Even if one became convinced that Samson could not have caught three hundred foxes, for example, that would not take away from the strong evidence that the Christian God exists and that Jesus rose from the dead. It would not cast doubt upon the truth of the core of the Gospel. Nevertheless, you are correct that it is important to put our trust in the reliability of the Bible. Fortunately, I do believe there are good answers to the questions you asked about Samson. Hopefully these thoughts will help you and others wrestle more satisfactorily with the legitimate questions you have raised.

FOLLOW UP COMMENT BY A WEBSITE GUEST NAMED MICHAEL:   “Teaching about Samson tonight in Bible class and came across your answer about how he [Samson] could have caught 300 foxes.  The ESV study Bible notes that the Hebrew word for fox is the same Hebrew word for jackals, which were plentiful in Israel at that time, and they traveled in packs. I’m not a translator, so I can’t explain why the English translations go with ‘fox’ rather than ‘jackal’–and I’m sure they have good reasons–but it seems much more likely to me that it was jackals.”

RESPONSE BY DR. GARY HALL (Professor Emeritus of Old Testament/Hebrew at Linoln Christian Seminary):  Though traditionally the Hebrew word is translated as “fox,” the BDB [Brown, Driver, & Briggs] lexicon suggests at Judges 15:4 and a couple other places that jackal would be possible because of the large numbers. The word occurs 7 times and the NIV translates it “jackal” 3 times – Ps. 63:10; Lam. 5:18; Ezk 13:4. So the NIV translators recognized the word could have a broader meaning. John Walton in the IVP Bible Background Commentary believes that it means jackal in Judges 15:4 for the same reason that [this person] advances – foxes hunt alone but jackals hunt in packs so it would be easier to catch 300 of them. Both species inhabited the land of ancient Israel.