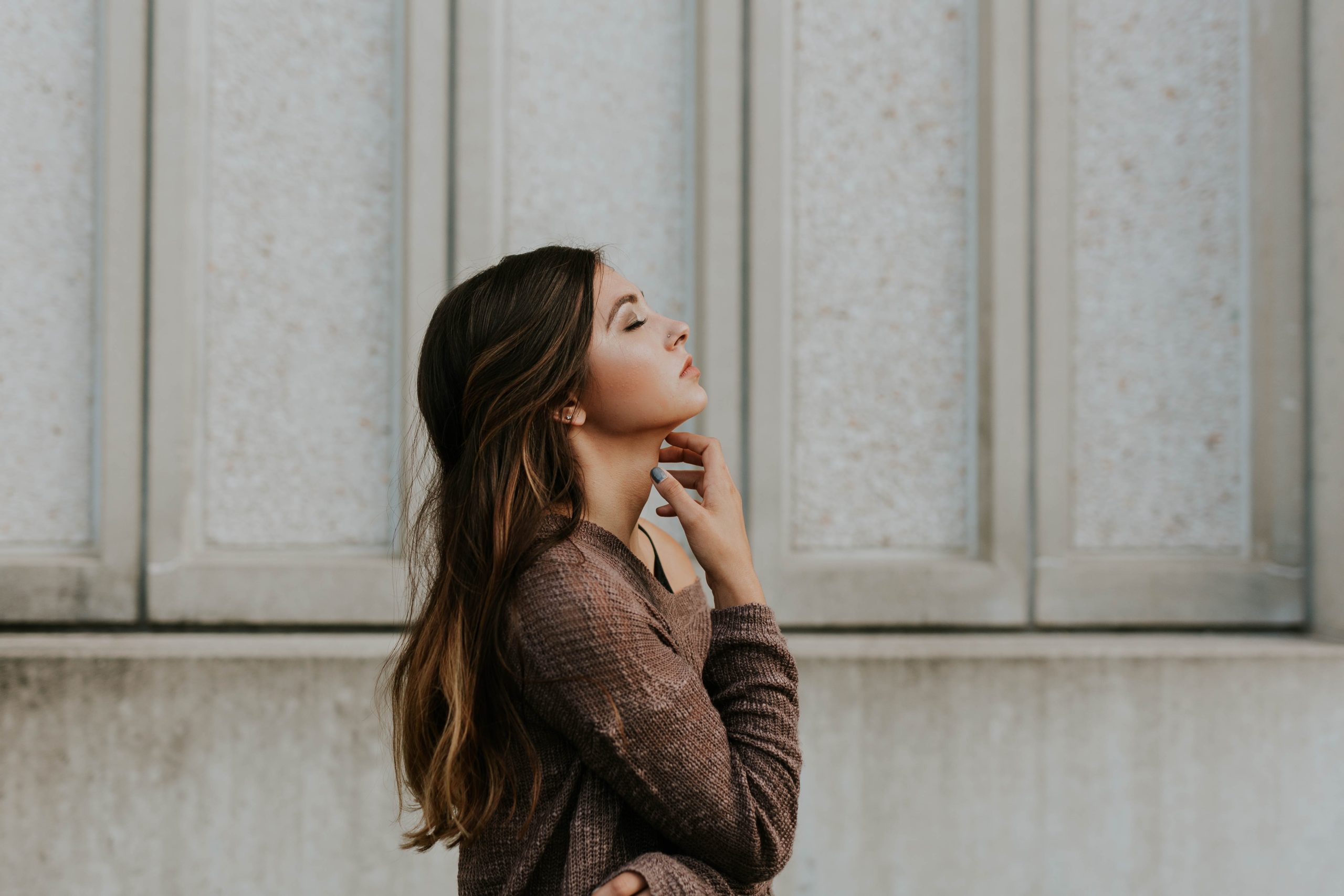 How Can What We Do Here Not Matter At All?

By Kim BaldwinMarch 11, 2015September 1st, 2020No Comments
[Caryn talks about having a particularly bad year. She experienced a killing spree at a hospital; her loving and cherished mother-in-law passed away without warning; and her father was diagnosed with a debilitating disease. While she acknowledges that such things may help us grow and learn, it’s still very perplexing and disturbing.] [She continues]: I guess the core of my question is this: How can what we do here not matter at all? There are so many times that I wanted to curl up in a ball and ignore the world. But I had to believe that there was some reason for all of the suffering, even if I couldn’t see it. But most Christians I know will tell you that works alone are not enough. You have to believe in Jesus. So, let’s pretend for one second that the guy who shot up the hospital believes that Jesus was his personal savior. Now, let’s say that my struggle to find meaning in all of this leads me to believe that what we do here has to matter, and that if it doesn’t, what’s the point of fighting and enduring? Maybe belief in Jesus is OK and all, but that the fruit that you reap does matter? So he gets to heaven and I don’t? What gives?

Thanks for any thoughts you have. I’m not trying to say that I’m perfect, far from it. I just have to believe that all of the struggle, the pain, the anger, and finally the refusal to give up despite all of it means SOMETHING.

[A response from Kim Baldwin]:

First I want to express my sadness for the journey that you have been forced to take. It’s not because no one else has these kinds of experiences, and not because you are not able to handle them (it sounds as though you have survived a number of terrific blows), but because your story hurts. I am so sorry that you were put in an environment that not only did not support you but actively tore you down; and then you were exposed to senseless loss, followed by even closer senseless loss. That you are still standing and have the courage to fight back is commendable.

If I read your letter correctly, you state you have been struggling with faith for some time now. I am not sure if this began in 2012 or if the struggle was already in process when these events happened. I am not sure where you are at with your faith or what you believe. What I am sure of is that struggling is not a bad place to be when it comes to faith. I appreciate strugglers; I am one of them.

Also, if I read your submission correctly, your central question is “how can what we do here not matter at all?” This question seems to be related to wondering whether someone who attacks and kills could get into heaven while someone who tries to care for those with mental illness, and care for her father with Parkinson’s disease, and care for her children (to the point that these are the ones she is praying for while hiding under her desk) might not get into heaven? This is a fair question.

On the one hand, this question seems to be the question that many have asked over the ages: What must I do to be saved? To get to heaven? To find a sense of worth or meaning in my life and, potentially, life after death? Even after agreeing on one particular avenue of faith (in the case you are describing, it seems that would be Christianity) there often arise disagreements about whether a person is saved by grace or by works. Christian scripture supports both. Luke in Acts 4:12 states, “Salvation is found in no one else [referring to Jesus], for there is no other name under heaven given to mankind by which we must be saved.” Paul in Ephesians 2:8 & 9 states, “For it is by grace you have been saved, through faith—and this is not from yourselves, it is the gift of God— not by works, so that no one can boast.” Yet, Jesus warns us,“Not everyone who says to me, ‘Lord, Lord,’ will enter the kingdom of heaven, but only the one who does the will of my Father who is in heaven. Many will say to me on that day, ‘Lord, Lord, did we not prophesy in your name and in your name drive out demons and in your name perform many miracles?’ Then I will tell them plainly, ‘I never knew you. Away from me, you evildoers!’ (as recorded in Matthew 7).

Perhaps James most closely links grace/faith and deeds when he explains, “What good is it, my brothers and sisters, if someone claims to have faith but has no deeds? Can such faith save them? Suppose a brother or a sister is without clothes and daily food. If one of you says to them, ‘Go in peace; keep warm and well fed,’ but does nothing about their physical needs, what good is it? In the same way, faith by itself, if it is not accompanied by action, is dead. But someone will say, ‘You have faith; I have deeds.’ Show me your faith without deeds, and I will show you my faith by my deeds. You believe that there is one God. Good! Even the demons believe that—and shudder. You foolish person, do you want evidence that faith without deeds is useless? Was not our father Abraham considered righteous for what he did when he offered his son Isaac on the altar? You see that his faith and his actions were working together, and his faith was made complete by what he did. And the scripture was fulfilled that says, ‘Abraham believed God, and it was credited to him as righteousness,’ and he was called God’s friend. You see that a person is considered righteous by what they do and not by faith alone. (James 2:14-24).

This is an age-old discussion; it is difficult to answer the question of whether a man who shoots, kills, and ruins lives will get into heaven if he believed in Jesus while someone else who strives to do good and make a difference in this world does not. This could be because this decision requires us to make a pronouncement about who “gets in” and who doesn’t. Once we reach that point, it could be that we are treading very close to wanting to be God ourselves.

On the other hand, closer to the heart of what I believe your question is about might be the question, “What type of god would set up such a system where those who do horrific acts can be forgiven and those who try hard might be left out?” And, I’m going to go out on a limb here and I could be wrong (forgive me is I am off track from your intent), given the experiences you describe, I think that combining heart-wrenching experiences with situations in which someone backs me into a corner regarding what I believe would lead me to be angry – angry at those who are pushing me and angry at the god they represent.

Just as I see struggling as a useful part of our journey, I also see anger as a useful part of our search for meaning in life and our search for just who is in charge of all this life (if there is someone in charge). As a psychiatric physician assistant, I know that you know that anger can indicate to us what is most important in our life. (Of course, how we act out that anger could be problematic and needs to be regulated.) Thankfully, there are many examples throughout Christian scripture and literature that support that God is big enough to handle our anger.

As I reflect on all this, I recall a time in my life when I was not very thrilled about God. In fact, I tried to avoid him and was not even very sure I liked him or he existed. I had experienced a year of several major losses, and I was done. I continued to live a life of trying to help others (not a perfect life, but hopefully a helpful one). At some point I gave myself permission to be angry at God – and a lot of hot anger spewed forth for quite a while.

But lurking under that anger I found a very hurt and sorrowful heart, and a lot of tears poured out after the anger had finally exhausted itself. As a psychologist, I have seen enough to convince me that this world is not a very good place (and I imagine that your position has exposed you to many life stories that confirm that bad things happen continually in this world). Some pains do not go away. Some memories do not fade as much as we would like. Some stories remind us that there is a lot of darkness in this world and we wonder. And, as you noted, some questions do not get answered.

For me, my faith became about my journey with God by my side in the good and bad, not so much about whether I was good enough or others were good enough or even if I had all the right answers. My faith became about who God is and whether I concluded I could trust him even without the answers. My faith is not an easy one. I get the impression that yours is not either. But I hope that some of what I have shared has been helpful.