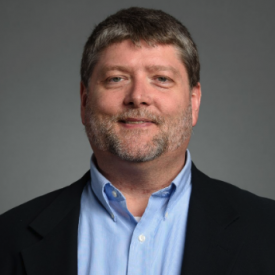 Dr. Cone lived in Salem, Illinois, for the first 19 years of his life. He is deeply grateful for the formation and foundation that his parents gave him. He started to learn what it means to be part of the Church while attending the First Christian Church (FCC) of Salem. His ordination for leadership ministry is by FCC-Salem, and he takes his roots in southern Illinois as something he will never leave behind, no matter where God leads.

Dr. Cone earned his BA in the Classics: Classical Civilization at the University of Illinois at Urbana-Champaign and two master’s degrees (MA in Contemporary Christian Theology and Philosophy and MA in Church History/Historical Theology) at Lincoln Christian Seminary in Lincoln, Illinois. He was awarded his PhD in Systematic Theology from Boston College.

After earning his undergraduate degree, Dr. Cone joined Youth With A Mission (YWAM) in Dublin, Ireland. While serving with YWAM he helped start a ministry location in Ireland’s rural west. Their mission was to start and disciple Christian youth groups, hoping to make the Irish mission field into a potent mission force. During this time, he also travelled to the Republic of the Philippines with YWAM, serving and encouraging Pilipino orphanages, youth groups and disadvantaged communities.

After completing his residency at Boston College, Dr. Cone joined a group of friends from Lincoln Christian University (LCU) who had started a missionary effort in Prague, Czech Republic. Prague is an extremely secular city, and serving as a missionary there involves both the great effort of evangelism and the work of serving a Czech church making its way forward in that setting. Most of his work there centered on 15-25 year-olds he met through evangelistic English camps and continuing in both group activities and personal discussions.

Dr. Cone joined the faculty at LCU knowing that he could continue to follow God in a place with a global vision, and with a mission committed to changing lives and changing the world for and toward God. He feels privileged to teach theology and philosophy at Lincoln Christian Seminary, and he looks forward to many fruitful years.