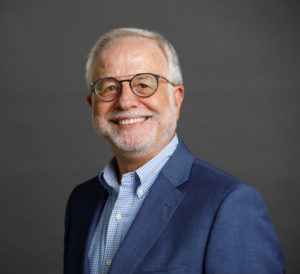 Rich is the former Program Director of Room For Doubt and presented for Room For Doubt’s seminars and workshops at conventions, conferences, colleges, Christian camps, and churches. He provided and managed the content on the R4D website and mobile app and wrote scripts for the program’s videos.

He also serves as the Director of WorldViewEyes, a high school youth program launched in 2000 that has received five grants from the Lilly Endowment totaling over $1,000,000. It helps youth understand different worldviews and challenges them to live a consistently-applied Christian worldview. He has written and produced the program’s multimedia presentations that have been attended by about 80,000 youth and adults in 22 states, Canada, and China.

His particular interest is the relationship between science and the Christian faith. He was a $10,000 award winner from the Templeton Foundation for developing an integrative seminary course in science and religion. His most recent work is Truth about God: What Can We Know and How Can We Know It? (2021). In addition, Rich has articles in four journals, chapters on Christianity and science in two books (Taking Every Thought Captive and Theology in the Present Age), a chapter on Christian ethics in I Am Put Here for a Defense of the Gospel, and a chapter on philosophy of science in relation to the Stone-Campbell religious tradition in Restoration and Philosophy.

He has delivered special lectureships or multimedia presentations at a number of popular and professional conferences, including the North American Christian Convention; the International Conference on Missions, The Stone-Campbell Journal Conference; the Association of College Ministries, the Midwest and National Evangelical Theological and Philosophical Society Conferences; the Wheaton Theology Conference; and the Center for Research in Science at Azusa Pacific University. He also serves on the board for the Christian Campus Foundation (Axiom), a campus ministry at the University of Illinois in Urbana-Champaign.

See the articles Rich contributed to Room For Doubt.